When is the best time to take creatine?

Undoubtedly, creatine is the most effective supplement available on the market. Regular use of creatine contributes to increasing muscle volume and improving strength. There are many contradictory theories about the correct use of creatine. In the article below you will learn when to take creatine and use and take creatine.

Creatine is a substance naturally found in the human body. Serves as a magazine – it increases the amount of energy during exercise. Creatine is mainly found in muscles, but its amounts are negligible. The average person is not able to consume the required amount of creatine from food during the day, which is why the supplement in the form of a supplement is a great facilitation. It is recommended to dose 5-10grams of the product per day (depending on the manufacturer), so a 500gram package is enough for 2 – 3 months. Considering the cost of the cheapest form – creatine monohydrate, which is within 60 PLN – it is a really profitable expense looking at the price-quality ratio.

When is the best time to take creatine?

Most manufacturers recommend the use of creatine in three different times of the day on an empty stomach, before and after training. Many companies, the same supplement, and consumption times are different. Where does this discrepancy come from? 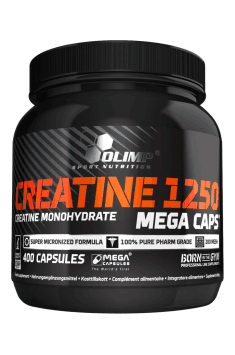 Before training, after training, or without a difference – how to use creatine?

Looking at the effects of creatine – the best moment would be to take it before training. During exercise, ATP energy stores decrease, so an additive in the form of a creatine supplement can significantly contribute to the improvement of results. However, looking at it from the other side – the period after training is associated with an increased amount of nutrients in the muscles. Many bodybuilders recommend this supplementation as optimal. It is associated with increased muscle susceptibility to carbohydrate supply after training. A carbohydrate or carbohydrate-protein shake with creatine will be a very good solution.

Creatine supplementation is synonymous with an increase in the amount of creatine in muscle cells. Regardless of what time of the day you intend to use creatine, you must know that it will not affect the effect of supplementation to a significant extent. Regular use will definitely give results!

Regardless of the time you take creatine – the effect of supplementation will in most cases be the same. A much more important aspect is regular consumption.

Creatine is recommended both when building muscle mass and reducing body fat.

The period of the creatine cycle depends on individual needs – it can be 4 weeks as well as several months.

There are no contraindications to the use of creatine by beginners.

You can also read: 5 reasons why you should use creatine