Vitamin B12 can protect the brain in old age

According to a study published on 9 September 2008  vitamin B12, found in meat, milk, fish can stop brain degeneration in the elderly.

107 people between 61 and 87 took part in the study the year of life who have been subjected to a brain scan, their memory and physical capacity were examined.

Researchers found that people who had a higher level B12 vitamins were six times less likely to be lost brain mass compared to the group that was characterized by low levels of vitamin B12.

None of the subjects had a deficiency of vitamin B12. 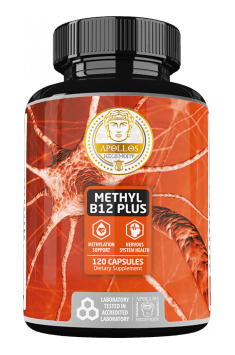 “Many factors affecting brain health are beyond our control, however, this study suggests that focus our attention to eating more B12 in products such as meat, fish, unprocessed cereals (oatmeal) or milk can help our activities in reducing the loss of brain tissue and probably improve our state of mind – says, MSc, from the University of Oxford in the UK.

“The study shows that vitamin B12 deficiency is a modern one a problem, especially among the elderly. So eating larger doses of vitamin B12 can solve it.”

Without clinical tests, it is impossible to say whether a solution the problem with loss of brain mass can be supplemented by supplementation vitamin B12.

We measured the concentration of vitamin B12 in a unique, more accurate way to pay attention to two specific markers found in the blood, says Vogiatzoglou.

Vogiatzoglou announces that the study does not state whether supplementation

B12 would have the same effect on brain mass.

You can read also: Vitamin B12 – do you really supplement it in the right way?