Gastroesophageal reflux disease is an increasingly frequent complaint of many Poles who can effectively reduce the quality of life. Eating in a hurry, smoking cigarettes or a fast pace of life can contribute to the development of the disease. Heartburn, belching, burning sensation in the stomach are often its first symptoms, which are underestimated by us. So how to diagnose and treat reflux? How to change your eating habits and choose the best physical activity? We invite you to read.

Gastroesophageal reflux disease is a chronic disease consisting in the reflux of gastric contents into the esophagus as a result of weakening of the lower esophageal sphincter (LES).

The pressure in the stomach is higher than in the esophagus, hence in the case of excessive relaxation of the LES, the stomach contents return to the esophagus causing a series of unpleasant symptoms.

What are the symptoms of reflux?

Symptoms can be divided into esophagus such as

These symptoms are often confused with other disorders, such as a cough with respiratory diseases, and indigestion with regular overeating. Similarly, chest pain is often attributed to cardiac disorders and not identified with reflux.

It is therefore important to conduct a thorough medical history, commission appropriate tests and self-observation on the part of the patient.

If you have the above symptoms, it is worth going to the doctor to determine their aetiology.

On the basis of the interview, the doctor may recommend the performance

On their basis, the doctor will exclude or diagnose GERD and will choose the best form of treatment for you.

Treatment is multi-faceted. To be effective and could effectively reduce the symptoms of acid reflux, it must include

– use of drugs that reduce gastric secretion,

– modification of the patient’s lifestyle, also in the area of eating habits,

What should be changed in lifestyle and nutrition

Lifestyle and diet are of great importance in the treatment and prevention of GERD.

The recommendations of doctors and dieticians include

– weight loss – especially in people who are overweight and obesity, especially the abdominal type of the so-called apple body mass intensifies the symptoms of the disease. Excess fat tissue increases the intra-abdominal pressure and thus the severity of reflux symptoms. It was observed that weight loss in people suffering from reflux disease significantly reduced the severity of symptoms;

– quitting smoking – smoking affects the degree of LES tension because it has a relaxing effect on it. Therefore, smoking may contribute to an increase in the amount of gastric contents being thrown into the esophagus and thus increase symptoms;

– limiting the amount of alcohol consumed – alcohol, like cigarettes, reduces LES tension and contributes to the severity of reflux symptoms. In addition, it increases the amount of secreted hydrochloric acid in the stomach, which also in excess in the absence of food at the same time causes irritation of the stomach mucosa and severity of discomfort, and may even cause erosive formation and in the long-term gastric cancer;

– change of position during rest and sleep – it is worth taking care that during sleep, sleep on a slight rise, so that the head and body are higher than our stomach. Thanks to this, the force of gravity will make it difficult to cast the stomach contents, the esophagus will be easier to clean, and thus the symptoms will be less; 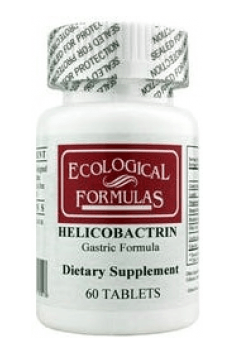 Changes in the diet are included

– eating smaller portions of meals at regular times. It is recommended to eat 5-6 meals a day, at regular 3-4-hour intervals;

– in the case of gastroesophageal reflux disease in people training competitive sport, it is possible to eat more meals to ensure adequate caloric intake;

– eat slowly, thoroughly chewing, so that gastric digestion is easier – fast food intake swallows large amounts of air, which increases the intra-abdominal pressure and thus may increase the symptoms of reflux;

– do not drink large amounts of liquid while eating a meal, so as not to dilute stomach acids, and thus not impair digestion of food.

– after a meal, it is recommended to avoid lying down for at least 2 hours.

The last meal is recommended to be consumed about 3-3.5 hours before bedtime, becausein the supine position, the esophagus cleansing proceeds less efficiently;

– adequate fluid supply – it is recommended to consume a minimum of 1.5 l of non-carbonated mineral water, low mineralized.

– it is not recommended to drink citrus juices and nectars, which increase the occurrence of reflux symptoms. It is also worth avoiding strong coffee and tea infusions as well as carbonated beverages, because they can irritate the stomach mucosa. Some recommend using milk to lower reflux symptoms. Unfortunately, excessive supply of milk has the opposite effect, because it increases the secretion of stomach acids, and thus the severity of symptoms. It is recommended to drink a maximum of 1-2 glasses of milk per day.

– the right choice of meals and the way they are prepared – it is recommended to eat meals cooked by steaming, boiled, fried or stewed without added fat. Limiting the amount of fat in the diet allows you to limit the amount of LES self-relaxation, and thus reduce the symptoms of reflux. The reduction of fiber supply reduces the degree of irritation of the mucosa, which also has a positive effect on reducing the symptoms.

It should be remembered that in the case of implementing product exclusions, it is worth consulting with a specialist about the introduction of appropriate supplementation to supplement the shortages of macro- and micro-nutrients.

A detailed list of products that enhance reflux symptoms

– sauces – mayonnaise, mustard or made with oily cream;

In the case of people with severe reflux symptoms or practicing sports, it is necessary to visit a qualified dietitian who, based on the collected intelligence, will determine the most optimal diet plan for the given person, the discipline to be practiced and the severity of the disease.

How to reconcile physical activity with reflux disease GERD is particularly troublesome for physically active people.

Very intense exercise intensifies the symptoms of reflux, effectively hindering the training. Efforts of low and moderate intensity are most recommended to strengthen the muscles of the abdominal press, especially the diaphragm – which can reduce the discomfort associated with the disease. 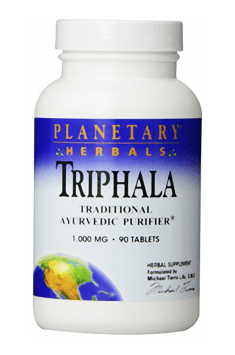 It is recommended that walkers, cycling, swimming, Nordic walking, roller skating, low-intensity running, preferably 3-4 times a week for a minimum of 30 minutes are recommended for people with GERD. Only after getting used to the presence of physical activity, it is possible to move to more intensive exercises.

In order to reduce the symptoms of reflux, in addition to previous recommendations, it is worth using the following tips

and in the case of physical exertion lasting over 60 minutes isotonic beverages with iso-osmolar;

– avoid exercises that cause the body to be tilted forward and pressing on the stomach. Both the inclination and the exercises in which pressure on the abdominal cavity is exerted increase the intra-abdominal pressure and increase the frequency of gastric regurgitation;

– exercises intensifying reflux symptoms are, among others crunches, bending, lifting weights, exercising with the head lower than the abdomen, exercises exerting pressure on the abdominal cavity, eg on a skew bench.

It should be remembered that it is very important to observe your body during the training and its modification, if we notice that the exercises are causing symptoms. 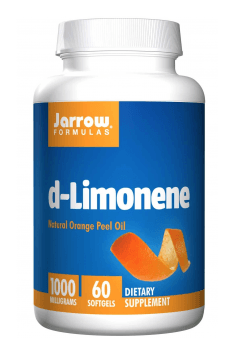