The basic condition for the stimulation of muscle development is its complete extension at the beginning of each repetition.

When we talk about bodybuilding training, we usually think of his plan, a set of exercises used for given muscle parts. We rarely mention the way of making a move, choosing the right load or the break time between sets. It turns out that these factors just have a decisive influence on the results of our hard work at the gym. Below are the rules, which will certainly bring surprising results in training!

1. EXTRACTING MUSCLE FIBERS DURING EVERY REPETITION.

The basic condition for the stimulation of muscle development is its complete extension at the beginning of each repetition. If the muscle contraction occurs after it is fully extended, the reflex mechanism is activated, which increases the contraction force by activating more muscle fibers. This mechanism, called the stretching or miotatic regimen, is part of a complex neurological process that controls the movement of the body.

Here you can find supplements for quickly muss building – CLICK

That is why bodybuilders appreciate, for example, the span that allows the muscle to be fully extended. Recently on the forum was talked about lowering the bar to the neck, which gives a better stretch. The technique of movement, which allows the muscle to be stretched to the maximum, is difficult and in order to realize it, it is often necessary to reduce the previously used weight. We know that the muscle responds better to the stretches rather than to the contraction, so the phase of lowering the barbell (s) should be slow (2-4 sec), accurate and controlled. It would be best to additionally hold the weight for a moment at the moment of the greatest stretch. This type of exercise costs a lot of effort, but it gives you maximum weight gains.

2. STARTING ALL TYPES OF MUSCLE FIBERS.

During the exercise, all types of muscle fibers must be activated, i.e. fast-shrinking fibers, white and red, and slowly shrinking fibers. Scientific research shows that the type of stimulated fibers is determined by the load size. However, the speed of doing exercises is not important. It was also determined that the use of a weight equal to 60% of the maximum one-time load (the so-called 1 RM) stimulates almost all fibers. Exaggeration, therefore, does not make sense. There is no need to use too heavy loads, since virtually all muscle fibers are activated at medium load.

Let’s pay attention to one more mechanism. Exercise with a weight greater than 60% of the maximum one-time load (1 RM) causes an increase in the frequency of stimulations in the nervous system, which results in an increase in the contraction force of stimulated fibers. However, this phenomenon does not stimulate more fibers. The increase in strength results from the fact that the fibers are forced to shrink again before they are fully released. The use of loads greater than 70% 1 RM certainly contributes to the increase in strength, but it is not important for building muscle mass, because it does not stimulate all kinds of muscle fibers. 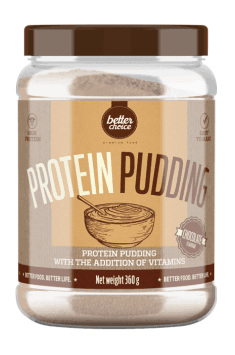 60% 1 RM is a load that allows you to perform (with the right technique and implementation of rules 1 and 3) in a series of 8-12 repetitions. In many training systems, the use of maximum loads with a relatively small number of repetitions (6-8) is preferred. Meanwhile, exercise with great weights does not stimulate more muscle fibers. The load should be moderate. It is worth remembering that large weights increase the frequency of stimuli in the nervous system, which definitely puts a strain on it and depletes energy reserves. As a result, it is more difficult to regain strength and we are threatened with overtraining.

3. STARTING DURING TRAINING IN A ORGANISM TRANSFERRED WITH LACTIC ACID AND OXYGEN – TIME OF INTERRUPTION OF COPPER SERIES

The source of energy is first adenosine triphosphate (ATP) and phosphocreatine (PC). During an intensive effort, it takes about 30 seconds. other sources of energy operate, i.e. lactic acid transformations and reactions involving oxygen. The rebuilding of the used ATP and PC by the body does not last generally longer than 3 minutes. Therefore, if the goal is to quickly expand muscle mass, it should take short (30-120 sec.) Breaks between sets, so that your body will be transformed with lactic acid and oxygen. Practicing rhythmically and keeping the same pace all the time. This rule should be followed during each training. Thanks to this, glycogen will be burnt within lactic acid metabolism, glucose, glycogen and fats – in oxygen reactions – and this means a rapid increase in muscle mass. By training in this way, you will act in a certain way against the laws of nature, because the next series of exercises will be taken before the body can fully recover. However, you must make this effort.

However, if someone’s strength is important, they should rest for longer between sets (2-10 minutes), give the body time to renew the basic energy sources ATP and PC. Then he will be able to lift more weights and become stronger. A too short period of relaxation means starting lactic acid transformation and oxygen reaction, which reduces the intensity of training and gives worse results.

You can read also: How to successfully build muscle mass?

Arnold Schwarzenegger in his bodybuilding encyclopedia, “try to limit the rest time between sets to 1 min tubes even shorter. The basic principle of training is to stimulate and bring fatigue to the largest possible number of muscle fibers. The body is then forced to run additional fibers.

I would add that the rest should last longer during hard exercises involving several joints, such as sit-ups. The intervals between the series of raising the forearms (for biceps) or pulling the lines of the lift (for triceps) may be shorter. If the goal is to build mass and reduce body fat, you should at some point give up heavy loads. This applies especially to the period preceding the competition starts. The intervals between the series should then be as short as possible. This is one of the paradoxes of bodybuilding you have to be weaker to look stronger. There is no other way out, you have to obey the laws of physiology.