Insulin resistance is a phenomenon that affects a growing number of people in highly developed countries and relies on the lack of tissue sensitivity to hormone insulin. It accompanies many diseases, such as hormonal disorders, metabolic syndrome, obesity, type 2 diabetes, and perhaps it is also their cause. What is insulin resistance and how is it treated?

Insulin and its role in the body
Insulin is a peptide hormone synthesized in beta cells in the pancreatic islets of Langerhans. Insulin is secreted into the bloodstream by the increase in glucose, free fatty acids and amino acids in the blood. It stimulates the uptake of glucose from the blood and the synthesis of fatty acids and glycogen (a form of glucose) in the liver.

Insulin like a typical hormone works through cellular receptors that are found on most cells in the body. Most receptors for insulin are found in fat cells, liver and striated muscles. Insulin is responsible for the correct distribution and use of high-energy compounds. Glucose transporters – GLUT, whose amount on the cell is insulin dependent, are responsible for glucose transport into the cell.

What is insulin resistance?
Insulin resistance is a condition that occurs when the sensitivity of tissues to insulin is reduced. As a result, the body tries to compensate for the excess of glucose in the blood (hyperglycemia), securing more and more insulin (hyperinsulinemia), which disturbs the body’s metabolic homeostasis.
Interestingly, insulin resistance has its evolutionary explanation because it helped our ancestors to survive in difficult conditions by saving glucose resources. Unfortunately, nowadays, when we lead a different lifestyle than our ancestors, insulin resistance leads to many civilization diseases. Studies with tribal members that lead a lifestyle similar to our ancestors, or hunter-gatherers, have shown that they are characterized by high insulin resistance. Moving members of these ethnic groups, such as a tribe from the island of Tonga, into the conditions of a modern lifestyle results in a high incidence of type 2 diabetes. It shows how insulin resistance can not be found in the modern world.

Insulin resistance is closely related to obesity and the metabolic syndrome, but it can also affect a slim person.

Insulin resistance – pathomechanism
There are three molecular mechanisms leading to the emergence of insulin resistance
– pre-receptor – caused by improper building of the insulin molecule, production of anti-insulin antibodies, increased insulin degradation or the action of hormones with anti-insulin action (cortisol, glucagon, thyroid hormones),

– receptor – mainly due to a decrease in the number of receptors for insulin on the surface of cells and / or a change in their structure,

If any of the above mechanisms appear, the body’s glucose regulation, its storage and elevation in the blood are disturbed. The body tries to compensate for this with hyperinsulinaemia, but despite this, blood glucose levels remain high, because cells are unable to take glucose from the outside.

Crystal cortisol has a huge impact on insulin secretion and the emergence of insulin resistance. Cortisol is a hormone synthesized by the adrenal cortex and supporting the body in stressful situations. Excess cortisol in the body may result from chronic stress, taking steroid drugs or hormonal diseases such as Cushing’s disease or adrenal tumor. 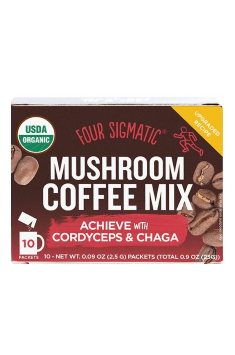 Cortisol affects the carbohydrate metabolism multidirectionally by
– disorder of glucose uptake in tissues,
– stimulation of glucose release from glycogen in the liver,
– gluconeogenesis stimulation (the process of transforming non-sugar compounds, such as amino acids or lactate, into glucose),
– inhibition of insulin secretion.

Chronic psychological stress is an independent factor in the development of insulin resistance and problems with weight loss.

Insulin resistance and disease
Due to the multidirectional effect of insulin on the body, insulin resistance affects the entire metabolism. The disruption of muscle and fat cells’ response to insulin makes them less able to consume glucose, resulting in hyperglycemia. In addition, the inhibitory action of insulin on gluconeogenesis is suppressed in liver cells, which intensifies hyperglycaemia. In addition, insulin resistance forces the pancreatic beta cells to increase the insulin secretion, which results in an increase in the hormone level. In this way, a vicious cause and effect circle is created.

Untreated insulin resistance can lead to the development of obesity, type 2 diabetes, cardiovascular disease, non-alcoholic fatty liver disease, and metabolic syndrome. Insulin resistance is the most important cause of type 2 diabetes and appears many years before it develops. Fatty liver due to lipotoxicity leads to non-alcoholic fatty liver disease. Fat deposition can lead to obesity of internal organs and abdominal obesity, which in the later period is also a source of free fatty acids and drives a vicious circle of dependence.

Insulin resistance is often observed during pregnancy and can pass in the so-called gestational diabetes. The causes of this condition may be undiagnosed diabetes or the influence of such hormones as progesterone, estrogens or prolactin. Insulin resistance during pregnancy also has its physiological explanation, because the mother’s body has to save glucose for the fetus.

Insulin resistance – diagnostics
Several laboratory methods are used in the diagnosis of insulin resistance. The simplest test involves an assessment of fasting glucose and insulin.

The following indicators can be calculated on the basis of these two parameters
– the HOMA index (HOMA-IR) is calculated according to the formula of fasting insulin concentration (mU / ml) × fasting glucose (mmol / l) / 22.5 – above 1 indicates insulin resistance,

Oral glucose tolerance test is based on fasting glucose and 120 minutes after oral administration of 50 or 75 g glucose. At the same time, it is advisable to perform an insulin curve, i.e. simultaneous measurement of the insulin level, which will give a more complete clinical picture of the patient.

The metabolic euglycemic clamp is considered the gold standard in the assessment of insulin resistance. The method consists in administering intravenous glucose and insulin, followed by glucose measurement in hyperinsulinemic conditions. Unfortunately, this is a labor-intensive, expensive and too burdensome method for the patient, which is why in practice the previously mentioned methods are used. 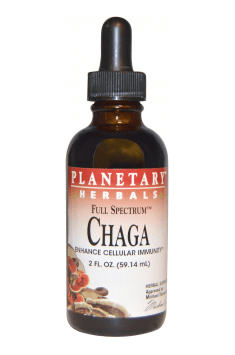 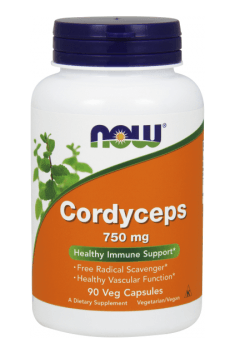 Diet in people with insulin resistance should be based on
– resignation from alcohol,
– consumption of products with a low glycemic index to avoid fluctuations in blood glucose,
– eating 4-5 meals a day at regular intervals and avoiding snacking between meals,
– consumption of fresh vegetables and prebiotic products (stimulating the growth of beneficial intestinal bacteria),
– supplementation of probiotic bacterial strains that increase insulin sensitivity, e.g. Lactobacillus rhamnosus GG.

In addition, regular physical activity is also important, which affects the sensitization of cells to insulin.