How to overcome stagnation on a slimming diet?

Probably everyone who has ever lost weight has come to such a stage when the initially effective methods after a certain period have ceased to bring the expected results. Stagnation when using a slimming diet is extremely depressing and although in various studies and articles you can read about the various ways of breaking it, unfortunately not all of them are effective, and some may even prove simply harmful – not only for the figure, but also for health. In this article, I will describe the most effective methods to overcome stagnation during reduction of body fat.

The first method to increase the energy deficit

The most obvious and also the most frequently practiced method of breaking the deadlock is to reduce caloric intake or to increase their spending. In fact, given that after some time the body gets used to a low energy supply, slowing down the metabolic rate, then increasing the caloric deficit is undoubtedly a good solution – but not in every case. If the current diet is already relatively low energy (the deficit exceeds 1000kcal in relation to our needs), further reduction of caloric value or increasing energy expenditure may cause a number of adverse consequences, such as further slowing metabolism, the emergence of shortages of important nutrients and – increased secretion Cortisol – a hormone whose excessively high level is able to clearly complicate the process of reducing body fat. So although this method is often quite effective, before you add another portion of aerobes or intervals, and before subtracting another 500kcal, think carefully, it is possible that you have already reached a ceiling, which is not worth exceeding. 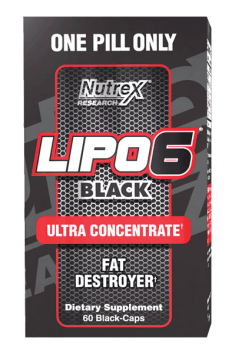 The second method is manipulation of macronutrients

There are many different theories about how the percentage of energy from individual macronutrients should look like. Very often, in the case of stagnation, it is recommended to reduce the amount of carbohydrates consumed in favor of protein or fat, keeping the calorific value of the diet at a constant level. Often such a solution brings the expected results, but it is not a rule. It happens that stagnation is connected, for example, with too low intake of carbohydrates, and too high consumption of protein and the resulting increase in cortisol. An alternative solution is to reduce the share of fat in favor of carbohydrates. This procedure often turns out to be a hit, but as a target treatment it is practiced rather rarely, more often it is rotational (eg the introduction of high carb days in carb cycling diets).

You can read also: Sugar detox