Trout is the name of several species of freshwater fish from the salmonid family.

The trout is mainly inhabited by the upper sections of rivers, i.e. water with a strong and quick current. In Poland, the most popular species include rainbow trout (Oncorhynchus mikiss), brown trout (Salmo trutta m. Fario) and spring trout (Salvelinus fontinalis).

Trouts enjoy being in cool and cold, well-oxygenated streams and rivers with fast currents and in ponds and lakes. The taste of trout meat, its availability, ease of preparation and nutritional value make trout popular and are often chosen by consumers. Let’s take a look at the basic features of rainbow trout, stream trout and spring trout, their nutritional values and use in the kitchen.

Occurrence and species of trout

Trouts are usually found in clear and cold lakes and upper sections of rivers. They inhabit the northern hemisphere, ie the waters of Europe, Asia and North America. Some species have been artificially introduced into other environments than their natural ones, eg to Australian waters. At the beginning of the 19th century, rainbow trout was brought from Poland to Poland, which became the most popular trout species available in stores.

The characteristic features of all trout occurring in Poland is the silver belly, the olive back and the golden-brown sides of the body with small black spots.

Rainbow trout – (Oncorhynchus mikiss) is a breeding species mainly in Pomerania, it is also called a Californian perch. It reaches a length of 50-60 cm and its weight is usually approx. 4.5 kg. It is characterized by a pink ribbon along the lateral line of the body. There are two varieties of this subspecies, which are a migratory form that flows into the sea and settled.

Brown trout – (Salmo trutta) is a species occurring in the wild in the southern and northern part of Poland (streams of the Tatras, Beskids and the waters of Pomerania and Masuria). Its dimensions can reach up to 80 cm in length and a weight of approx. 5 kilograms.

The spring trout – (Salvenilus fontinalis) inhabits mountain brooks and streams as well as transparent fast-flowing rivers. Among other species, it is distinguished by orange coloration of fins, elongated body shape and general size. It reaches a maximum of 30 cm in length and approx. 3 kilograms of mass. 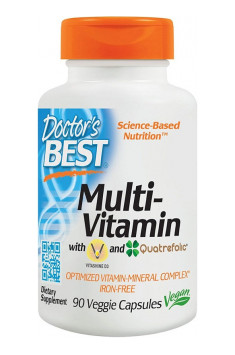 Trouts are a source of fat-soluble vitamins – A, D, E, K. Vitamin A is responsible for the proper vision and function of the immune system. Due to the very low intake of vitamin D in Poland it is recommended to include fish in the diet. Rainbow trout contains 16.1 μg (644 IU) of vitamin D in 100 g, which is almost a daily requirement. Vitamin D is responsible for the proper formation of the skeletal system by increasing the absorption of calcium, participates in the proper functioning of the immune system and prevents depression. Vitamin E contained in trout is an antioxidant that reduces waterborne radicals and has anti-inflammatory activity. Trouts also contain large amounts of B vitamins – especially vitamin B3 (PP), B6 and B12. Vitamin B3 is responsible for the transformation of carbohydrates, fatty acids and amino acids, participates in metabolic changes aimed at releasing energy, participates in the formation of red blood cells, inhibits the toxic action of chemical compounds and drugs, or regulates the level of cholesterol in the blood. Vitamin B6 is involved in the transformation of amino acids, facilitating their decomposition, in the transformation of fats and carbohydrates, allows the storage of energy, participates in the formation of enzymes, hormones, hemoglobin, has an effect on blood pressure, muscle spasms, heart function, proper functioning of the nervous system, and vitamin B12 participates in hematopoietic processes (deficiency of vitamin B12 increases the risk of megaloblastic anemia), affects the functioning of the nervous system, participates in the formation of myelin sheaths protecting nerve cells and neurotransmitters, provides a good mood, mental balance, is also a significant coenzyme involved in protein transformation, fats and carbohydrates. Trouts are a source of macro- and microelements such as min. potassium, selenium, copper, manganese, zinc, iodine and phosphorus.

Trout – use in the kitchen

Trouts are eagerly eaten by people who take care of a figure or are on a reducing diet due to their low calorie content and a high amount of wholesome protein. Trouts can be prepared by steaming, stewing, grilling, roasting and deep-fat frying. Trout meat is pale pink, slightly bony and delicate. Popular spices used for trout are herbs de Provence, dill and lemon juice. Baked trout with garlic butter and herbs is a popular recipe – as herbs in this recipe parsley, thyme, sage and basil are recommended. The perfect dinner supplement for trouts are potatoes, coarse groats, boiled vegetables or salads and salads. Often, trout fillets can also be found in raw or smoked form, which can be a component of salads and starters.

You can read also: Why is it worth eating trout?