Recently, more and more people talk about and write about the interesting properties of vitamin D. Until recently, this association was associated only with the effect on the health of bones and teeth, but today it is known that its biological role is disproportionately wider. In this study I will devote a little more attention to the relationship between the level of vitamin D in the body and the functioning of the circulatory system. It turns out that both the deficiency and excess of this vitamin may have a negative impact on the health of the heart and blood vessels.

In the autumn-winter period, the usual severity of symptoms of cardiovascular disease is usually observed. At the same time, more patients are beginning to go to medical facilities than in spring and summer. This fact makes us reflect on the potential causal relationship between the season and the condition of the circulatory system. It is also significant that with the beginning of autumn, vitamin D deficiencies begin to appear in our geographical latitude, which is associated with reduced exposure to sunlight (important ultraviolet radiation usually covers 80 – 90% of the demand for vitamin D, and only 10 – 20 % of the required dose is provided with food). As early as in the 1980s, these phenomena were probably likely to be interrelated. Today, thanks to the development of research methods, it has been discovered that in fact vitamin D may have a significant impact on the functioning of the circulatory system. 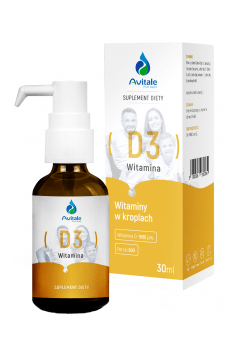 The vitamin D produced in the skin or supplied with food is metabolized in the liver, kidneys and other tissues to biologically active forms such as calcitriol. Scientific research indicates that the intra-active forms of vitamin D not only regulate the level of calcium in the blood and affect bone mineralization, but also affect the functioning of many tissues and organs. The vitamin D receptor has been found, inter alia, in the pancreas, kidneys, intestines, prostate, within the nervous system, as well as in immune cells, vascular smooth muscle cells and endothelial cells. In principle, new properties of this vitamin are being discovered every year for a certain period, and recently a lot of attention has been paid to its impact on the condition of the circulatory system.

You can read also: Vitamin D and strength