Are you looking for a way to carry out a reduction? Instead of testing different types of diet, familiarize yourself with the low carb diet system. It is an effective way to quickly get rid of excess fat from the body. By reducing the carbohydrates that are the main source of energy, the body switches to fat burning and draws power from them. Of course, a negative caloric balance and training is necessary. Diet is 70% of success, but without proper training, there is no chance for the expected result.

Low carb diets, or low carbohydrates, are very popular among people who want to reduce their weight. Very often they are also used by people who train with strength as a way to quickly reduce body fat, and according to some even build muscle mass. Low carb diets are used in medicine as methods supporting the treatment of certain diseases. What exactly are low carb diets and are they safe for health?

A low carbohydrate diet is a diet that limits the intake of carbohydrates, usually below the minimum recommended daily allowance. The standard for adults is currently 130 g / day. In low-carb diets, the reduction in carbohydrate intake is compensated by an increase in fat intake, often also in proteins. Such a procedure aims to reduce insulin secretion, whose task is to lower the level of glucose in the blood (the increase occurs after eating a carbohydrate-rich meal). Insulin is also involved in the metabolism of proteins and fats. It inhibits lipolysis, i.e. the breakdown of fat, and also increases the biosynthesis of fatty acids. The premise of low carbohydrate diets is to increase the secretion of glucagon, or antagonistic hormone, into insulin. It works by stimulating gluconeogenesis (ie creating glucose from non-sugar compounds such as glycerol and amino acids) and lipolysis, which promotes the loss of adipose tissue.

In low carb diets, the supply of carbohydrates is most often reduced to 10-15% of energy demand, which usually gives a quantity not exceeding 100 g / day. Often, carbohydrates are limited to a maximum of 50 g / day, which promotes the formation of ketosis in the body responsible for the rapid loss of body fat. This condition is characterized by an increased level of ketone bodies in the urine and the blood. This happens as a result of drawing energy from fats and proteins with a significant deficiency of carbohydrates. Ketosis reduces the appetite, which reduces the supply of energy supplied with food. This condition can be euphoric, improves mood and mobilizes to comply with the diet. It should be noted that the reduction of carbohydrates in the diet also results in a diuretic effect, i.e. the loss of water and sodium. Limiting the consumption of carbohydrates mobilizes muscle and liver glycogen, and for each removed 1 g of this storage material, there are 2 g of water that is eliminated from the body. The first fast results of a low carb diet are therefore a result of dehydration. It should also be remembered not to exceed the supply of protein with food above 1.5-2 g per kilogram of body weight per day, because its excessive supply is associated with a large loss of calcium from the bones, which promotes kidney stones. The main source of energy in a low carbohydrate diet is therefore fat. It is worth taking care of its appropriate type because excessive consumption of fats of animal origin is associated with an increased risk of cardiovascular disease. Increased amounts of protein can overload the kidneys, but it certainly will not cause acidification of the body, as the popular feeding myth says.

Foods based on the low carb diet are primarily eggs, meat (lean and fatty), fish (especially fatty), dairy products (fat cottage cheese, mascarpone cheese, blue cheese, cream), oils (coconut, rapeseed, linseed) , olive oil, fish oils, MCT oil, i.e. fats with medium carbon chain length, very well absorbed by the body), clarified butter, pork lard. Nutrition, seeds, avocados and low-starchy vegetables, such as tomatoes, cucumbers, courgettes, peppers, broccoli, cauliflowers, cabbages, and green leafy vegetables. The fruit is considerably limited as a rich source of simple sugars, as well as complex carbohydrates in which legume seeds and cereal products (millet groats, rice, pasta, cereals or bread) abound, which can be used sporadically in very limited quantities. You should also pay attention to excessive portions of starchy vegetables such as beets, carrots or celery, whose presence in the diet significantly increases the number of carbohydrates. Dairy products such as yogurts and milk should also be reduced due to the high content of milk sugar, or lactose. 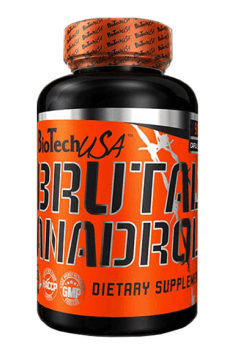 Although the effects of low-carbohydrate diets in terms of weight reduction may initially be much faster than standard reduction diets, the differences most often fade after prolonged use. In the work by Kłosiewicz-Latoszek and Szostak Kłosiewicz-Latoszek L., Szostak WB, 790-794, the results of studies in which the effects of low-carbohydrate diets with the results of low-fat or low-calorie methods were compared. In the majority of them, a large decrease in body weight was recorded during the first 6 months of the diet, while after 12 and 24 months the differences in the change in body weight were not significant. After using a low carbohydrate diet after 2 years of observation, a higher increase in HDL (good) cholesterol, lowering of triglycerides and VLDL cholesterol in comparison with a low-fat diet was found. However, negative symptoms have also been noted, such as increased LDL cholesterol and dry mouth, unpleasant smell and constipation, probably related to insufficient fiber supply. In a study of a large group of people referred to in the same study, it was shown that a low carbohydrate diet is associated with an increase in deaths, but the type of fat consumed has a significant effect. A diet rich in animal fats caused an increase in total deaths by 23%, for tumors by 28% and cardiovascular diseases by 14%. In contrast, the diet, in which fats of plant origin predominated, there was a lower incidence of deaths in total by 20% and deaths from cardiovascular diseases by 23%. The study was conducted on people without heart disease, cancer, and diabetes. The groups consisted of 85 168 women in the 34-59 age group and 44,548 men aged 45-75.

Threats resulting from the low carb diet
Due to the significant limitation of carbohydrates in low carb diets, this way of feeding may be associated with numerous nutrient deficiencies. Low carbohydrate diets are low in dietary fiber, which may impede peristalsis and cause constipation. By limiting or often eliminating cereal products, the low carb diet is characterized by an insufficient supply of B vitamins, which results, inter alia, in disturbances in the functioning of the nervous system. The low supply of antioxidant vitamins and flavonoids contained mainly in fruits can be a factor in the development of cancer. The lack of minerals such as potassium, calcium, and magnesium is associated with the risk of bone mineralization, the functioning of the nervous system and the cardiovascular system. They can appear, among other painful muscle spasms, also increases the risk of bone fractures.

Large consumption of meat, offal, cured meats, and processed meat products results in the excessive supply of sodium, retinol, and iron. With the high consumption of fats of animal origin, the supply of saturated fatty acids acting adversely on the circulatory system increases. Chronic use of a low carb diet with a high proportion of animal fats may adversely affect atherosclerosis risk factors (increased LDL cholesterol in serum, as well as lipoprotein (a) and homocysteine). Too much protein supply along with the diet promotes calcium losses from the bones, which leads to kidney stones. The risk of liver disease may also increase. Too much restriction of carbohydrate intake is also associated with the occurrence of side effects such as rashes, headaches, weakness and poorer tolerance of physical exercise. Low-carbohydrate diets should also not be used by a person after resection of the gallbladder, with diseases of the pancreas, liver or kidney stones. It should also be remembered that too low supply of carbohydrates adversely affects the functioning of the thyroid gland, especially in women.

Although the low carb diet is a good way to relatively quickly reduce weight, it is important to remember the risks of using it. A significant reduction in carbohydrate intake may be associated with numerous nutritional deficiencies that adversely affect the functioning of the body. If you decide on such a way of eating, you need to take care of the right type of fat, so as not to cause disturbances in the functioning of the cardiovascular system, and to consume a large number of vegetables to ensure adequate fiber supply. It should also be remembered not to exceed a specific supply of protein, because its excess is unfavorable to health, including it is a significant burden for the kidneys. It is also worth noting that long-term use of a low-carb diet does not bring greater results in weight reduction than low-calorie or low-fat diets. However, this diet may be beneficial for people with glucose and insulin disorders, and with an adequate supply of vegetable fats, it may be helpful for people with cardiovascular disease.