Iron deficiency as a result of absorption disorders

The process of iron absorption takes place in the digestive system. The preparation of iron for absorption into the system begins in the gastric juice. A real cascade of biochemical reactions takes place in the duodenum. Once the divalent iron atoms are ready to pass from the gut to the bloodstream, there may be some barriers – malabsorption.

Ferritin is a protein found in muscles, bone marrow and spleen as well as in the liver. Its level in men should be 15-400 micrograms per liter of blood, and in women it should be between 10-200 micrograms per liter of blood. The test based on the determination of ferritin levels is recommended when the results of hematocrit and hemoglobin tests indicate their deficiency. Too low a level of ferritin is associated with a low level of iron intake.

Hepcidin is a peptide hormone produced by the liver. It plays an important role in regulating the iron economy. It works by inhibiting the absorption of iron from the gastrointestinal tract and releasing it from macrophages. As a result, hepcidin leads to a decrease in serum iron concentration. Hypcidin deficiency occurs, among others in people suffering from congenital hemochromatosis and iron deficiency anemia. 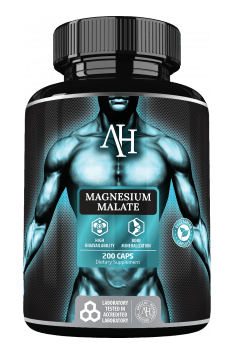 Contrary to appearances, disturbances of iron absorption may also occur in a healthy person. The specific type of disorders in the absorption of this mineral are irregularities in the diet. They consist in the fact that meals that provide iron are also very rich in substances blocking the absorption of iron. The so-called food blockers belong

Dietary fiber – both pectin and cellulose – in excess can lead to blocking the absorption of iron. The more strongly binding iron is the phytic acid compound. The other substances are similar. They bind with iron and remove them from the body, making it impossible for the body to absorb the atoms of this mineral. Calcium competes with iron – the more calcium, the less available iron and vice versa. Alkaline dairy products cause that the digestive tract has unfavorable conditions for the absorption of iron – this mineral needs vitamin C, adequate acidity of the environment in the intestines and copper.

Iron deficiency may be caused by untreated or improperly treated celiac disease. Consumption of gluten by people suffering from celiac disease contributes to the destruction of intestinal villi and difficult absorption of nutrients. This leads to disturbances in the absorption of various important macro- and micronutrients, including iron. Hence, complications of untreated and poorly treated celiac disease include iron deficiency anemia. The effects of bacterial growth of the small intestine (SIBO) have similar effects.

Disorders of iron absorption may therefore be a source of improper diet, impaired iron economy and atrophy of intestinal villi. The effects of absorption disturbance of this mineral in the long term always ultimately lead to iron deficiency anemia. Determining the source of iron absorption disorders and eliminating them is the only way to effectively counteract anemia and restore the proper management of iron in the body – a mineral that is necessary for the production of red blood cells and the efficient transport of oxygen in the body.

You can read also: Zinc – an universal part of supplementation