Gluten-free diet is it really healthy and helps in weight reduction?

Gluten-free diet is gaining more and more popularity.On many foods gluten-free slogans and symbols depicting crossed out ears are placed.Why do so many people decide to eliminate products containing gluten from their diet?Is it really harmful to health and figure?Or maybe a gluten-free diet is just a fashion that is not worth following?

Allergy to gluten and celiac disease

Gluten-free diet was developed for people who are allergic to gluten or have celiac disease.There is often a sign of equality between these conditions, but according to doctors, allergy to gluten and celiac disease is not synonymous.In patients treated for celiac disease, damage to the lining of the small intestine may occur, which is not seen in people who are allergic to gluten.The symptoms of both diseases are very similar.Gluten intolerance is primarily manifested by bloating, stomach cramps, water retention in the body, nausea, diarrhea and other digestive problems.There may also be such problems as anemia, weakness, paleness of the face, urticaria, weight loss or increase, and a rash on the elbows, knees and buttocks.Regardless of whether the cause of the discomfort is celiac disease or gluten allergy, the basic treatment is compliance with a gluten-free diet.In the case of people suffering from this disease, there is nodoubt that it is this diet that is the best solution.The problem is that the symptoms of celiac disease and gluten allergy can also be indicative of many other health problems.The popularity of a gluten-free diet and frequent media coverage of hypersensitivity to gluten causes that some people make their own diagnosis and decide to change their diet.Meanwhile, doctors and dietitians warn against hastily switching to a gluten-free diet.As a curiosity, one can treat the results of research carried out by Peter Gibson.It was he who published the work in which he informed that gluten can cause adverse symptoms even in people who do not cure celiac disease.The gastroenterologist decided to conduct another experiment.Then it turned out that many of the participants in the study had stopped noticing symptoms of gluten intolerance when they were informed that they were receiving gluten-free food, although it was not true.

You should read it: IS GLUTEN REALLY THAT EVIL?

Side effects of eliminating gluten

The first reason you should not self-diagnose hypersensitivity to gluten is that it is easy to disregard the true cause of your health problems.Switching to a gluten-free diet instead of starting a proper treatment can lead to a deterioration of your health.Another problem is the risk of deficiency of nutrients, such as fiber, folic acid, iron, zinc and magnesium, if the gluten-free diet is used in an ill-conceived manner.Eliminating products containing gluten from the diet is safe only on the condition that the nutrients in the body can be drawn from other sources. 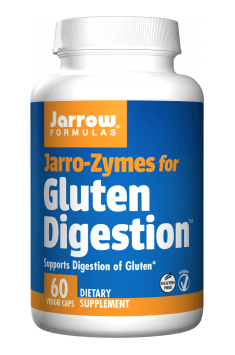 Does a gluten-free diet slow down?

For those interested in weight reduction, it is important to know whether a gluten-free diet facilitates slimming.The elimination of gluten is the most important diet principle of Dr. Davis, which was developed for people who are overweight.The author of the diet argues that by adjusting to the rules proposed by him, you can lose up to 5 kilos in 2 weeks.At this point, it is worth considering whether the diet of Dr. Davis is a good proposition.Such a slimming rate is not good for health, and additionally means a high risk of a yo-yo effect.Dr Davis argues that whole grain products increase blood sugar levels and strongly affect the brain, causing euphoria.The diet proposed by Dr. Davis is a high protein and low carbohydrate diet.Many specialists believe that this way of eating is harmful to health.A shortage of carbohydrates can cause irritability, problems with concentration and even depression.High protein diets should include people with diagnosed liver or kidney diseases.However, Dr Davis’ diet has a certain advantage over Dr. Dukan’s diet – it provides healthy fats in the form of oils and nuts.

A gluten-free diet should be treated as an appropriate diet for diagnosed celiac disease and allergy to gluten.Healthy people have no reason to eliminate products containing gluten from their menu.Such a decision should be well thought out even when the elimination of gluten is intended to reduce weight.Although many people assure that a gluten-free diet facilitates slimming, however, this way of eating is not free from flaws and can have negative effects.