Obesity arises from many causes – including genetic. Researchers estimate that genes can have nearly 70% share in body weight fluctuations. Does this mean that genes are responsible for the majority of cases of obesity?

Here you can find supplements supporting your fat loss – CLICK

Obesity is a complicated chronic disease that arises from many environmental, metabolic, psychological, hormonal and genetic causes. Environmental factors have the greatest influence on the development of obesity, and among them above all the excessive supply of processed food with high calorie content and low physical activity, as well as impaired hunger and satiety hormones. However, scientific studies show that genes are also important in the genesis of obesity. We advise how genes and their inheritance contribute to obesity and what are the types of gene obesity.

Genetic polymorphisms, among others Single nucleotide polymorphisms (SNPs) are small changes in the genome. The consequence of polymorphisms is the occurrence of different gene variants in the human population. This in turn affects the phenotype, that is how each of us looks and responds to environmental factors. Thus, genetic polymorphisms may affect the risk of developing various diseases, the metabolism of micro- and macronutrients, drugs, and even partially determine the mental characteristics of a given person. Each polymorphism has been assigned an identification number that begins with the letters rs, e.g. rs9939609 for the FTO gene polymorphism.

The mechanism of the formation of polymorphism and genetic mutation is similar, i.e. it results from mistakes made while reproducing DNA, but their consequences are different. The biological effect of polymorphism is subtler than the mutation. Usually, it causes a different response to environmental factors such as diet, resistance to toxins. Therefore, it is said that the occurrence of a specific polymorphism may predispose us to, for example, obesity or breast cancer. This does not mean, of course, that we have to get these diseases. In contrast, genetic mutations are usually so damaging to the body that they very often lead to the formation of serious hereditary diseases. In contrast to polymorphisms, the effect of the mutation is irreversible and independent of environmental factors. And although this division seems obvious and clear, scientists are not always able to set a clear boundary between mutation and genetic polymorphism.

Monogenic obesity occurs in only a few percent of the population and results in third degree obesity, so-called obesity is enormous already in early childhood. To date, several genes have been described that can cause monogenic obesity, LEP, LEPR, POMC, MC4R, PCSK1, SIM1, BDNF, NTRK2, GRHB. These genes encode proteins that can directly or indirectly contribute to obesity. Most of them are associated with the so-called a leptin-melanocortin system that controls the sensation of hunger and satiety.

The best studied in the context of monogenic obesity are the LEP gene (leptin) coding for leptin and the LEPR gene (leptin receptor) coding for the leptin receptor. Leptin, or the satiety hormone, is a molecule secreted by fat cells and regulates the metabolism associated with food intake. Leptin acts on the leptin receptors located in the hypothalamus, through which the hunger reflex is inhibited. The discovery of the role of leptin gene mutations and its receptor in the formation of monogenic obesity was due to observations in laboratory mice in which the LEP and LEPR genes were seriously damaged. It was noted that these mice were characterized by unrestrained appetite, resulting in extreme obesity. Subsequent studies showed that animals with LEP gene mutations had too low leptin levels in the blood and were resistant to leptin with mutations of the LEPR gene. 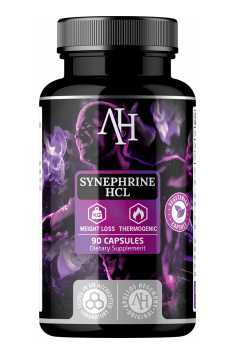 Also in humans, mutations of leptin-related genes result in almost complete lack of leptin in blood or resistance of receptors to its action, followed by excessive hunger and obesity. In addition, in humans, the effect of the lack of leptin are behavioral disorders, immunodeficiency and high levels of insulin in the blood.

Considering that the cause of monogenic obesity are genetic mutations that interfere with irreversibly important metabolic pathways, the possibilities of its treatment are limited. The only exception are people with the LEP gene mutation, because in this case the leptin deficiency can be supplemented by administering the hormone from the outside.

Genetic syndromes associated with obesity is a group of diseases in which obesity is only one of the symptoms. In total, about 25 such disease entities have been described. In addition to obesity, they are characterized by congenital malformations, intellectual disabilities and specific behavioral disorders. Genetic syndromes associated with obesity are extremely rare and are mainly caused by extensive genetic changes consisting in the loss or amplification of fragments of chromosomes. Chromosomes are structures on which all genes in a cell are found, so the consequence of their damage are abnormalities in many genes simultaneously.

The most common is the Prader-Willi syndrome. The incidence of this syndrome is 110,000-50,000 births. The main cause of the Prader-Willi syndrome is the loss of the chromosome 15 fragment (region 15q11-q13), which is inherited from the father. Such large genetic losses cause the malfunctioning of many genes. Therefore, in addition to extreme obesity, people with Prader-Willi syndrome suffer from decreased muscle tone (hypotonia), poor face facial expressions, excessive hunger, intellectual disability, and sleep disorders. The probable mechanism causing obesity in this syndrome is disruption of biochemical pathways in the hypothalamus associated with the secretion of ghrelin (called the hunger hormone). The high level of ghrelin in patients results in an unrestrained appetite.

Another example of a genetic syndrome in which obesity is the dominant symptom is the Bardet-Biedel syndrome. In patients with this syndrome, obesity develops between 1 and 2 years of age. Other symptoms of the syndrome are, among others the presence of extra fingers in the hands and feet (polydactyly), retinal degeneration, intellectual disability, disorders of genital and renal development. The cause of the syndrome are mutations in at least 20 genes (including BBS1, BBS2, BBS3, BBS4, BBS5, BBS6, BBS7, BBS8, BBS9, BBS10).

You can read also: The influence of blood sugar on weight loss