Edible chestnuts, or else maroons, are the fruits of the chestnut tree (Castanea sativa) from the Mediterranean, Asia Minor and the Caucasus. It should be distinguished from the chestnut fruit, which is bitter and inedible. Chestnuts can be eaten raw, cooked and baked. They are characterized by many valuable nutritional and health values.

It was not without reason that they were appreciated already in ancient times and in the Middle Ages, where they were used in natural medicine as a remedy for digestive system diseases and headaches. Today, chestnuts are more and more often found in the kitchen, and are particularly popular in the form of baked, which can be tasted while walking the streets of Italy and France.

Edible chestnuts contain about 40 mg of vitamin C in 100 grams, which covers almost 50% of the daily requirement. Vitamin C strengthens the body’s resistance and participants in the synthesis of collagen, which is responsible for the proper state of connective tissue. Chestnuts are rich in vitamin B9 (50 μg / 100 g), which takes part in hematopoietic processes in the body, thus preventing anemia. Vitamin B9 (commonly referred to as folic acid) is particularly important in pregnant women or women planning pregnancy because of the reduction in the risk of malformations in the fetus. Edible chestnuts are a source of B vitamins (mainly vitamin B6), which are responsible for the proper functioning of the nervous and immune systems.

Particularly noteworthy is the content of minerals, especially copper and manganese. One hundred grams of edible chestnuts cover 50% of the daily demand for copper and almost 20% for manganese. Chestnuts are also rich in potassium, magnesium, zinc, phosphorus and iron (non-heme).

A large amount of antioxidants contained in chestnuts protects the body against free radicals and oxidative stress.

In addition to valuable nutritional values and excellent taste, chestnuts were used and are still used in natural medicine. According to German monks, edible chestnuts heal pancreatitis and liver. For the purpose of treatment, crushed pulp of maronas with honey was consumed, which regulated the work of the organs of the digestive system. Chestnuts were also used to treat headaches and problems with memory and concentration. Edible chestnuts contain escin – a chemical compound that has the characteristics of sealing the blood vessels. Chestnut fruit fruits can strengthen immunity, prevent infections and prevent cardiovascular diseases. In marons you will also find a certain amount of lignans (especially important for women during menopause) – lignans are plant compounds that closely resemble human estrogens (female sex hormones), therefore they are called phytoestrogens – lignans are one of three classes of phytoestrogens. 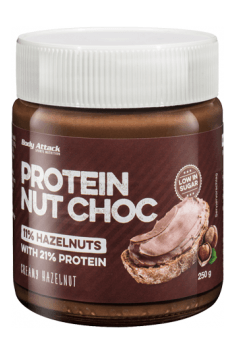 Chestnuts – use in the kitchen

Edible chestnuts are consumed in the form of raw, baked, boiled, fried and as an addition to salads, pastes, or desserts and dry dishes. Before the heat treatment chestnuts should be washed, dried, and then cut with a knife about 2 centimeters deep, otherwise they may explode. In raw form, of course, chestnuts are consumed after removing the hard skin. Bake by putting a flat side in the oven at 180 degrees C for about 30 minutes. Cook, put into a pot, pour over water and leave for at least 30 minutes in water. Chestnuts should remain at the bottom of the pot. Then cook the chestnuts for about 30 minutes. You can add a pinch of salt to the water. Cook over high heat for about 20 minutes, remembering to frequently toss them up. Before the end of frying in the pan you can spray the chestnuts with a bit of dry red wine.

Roasted chestnuts on fire in portable ovens are often found on the streets of Italian and French cities. The consistency and taste resemble potatoes with a sweet, nutty flavor.

In Italy, a thick polenta is obtained from chestnut flour cooked in milk, while Germany is famous for its aromatic chestnut soup. In Hungary, chestnut is used to prepare chestnut cream and confectionery. A popular dessert is boiled mixed chestnuts with sugar and rum and topped with whipped cream. In France, chestnuts boiled in salt water are often eaten, which are an addition to poultry dishes. The specialty dessert in the form of chestnuts fried in sugar is particularly popular. Ground chestnuts, from which chestnut flour is produced, can be used as an addition to confectionery and baking bread.

You can read also: Brazil nuts and their properties