Caffeine is a component commonly used as a food additive. Excessive intake of this stimulant can lead to addiction and many negative consequences. 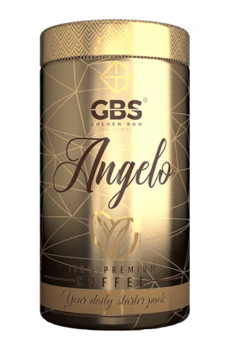 What is caffeine?
Caffeine is a purine alkaloid belonging to the methylamine group. This substance is a white powder with a bitter taste, no odor. Caffeine does not accumulate in the human body and is excreted unchanged with urine and as a derivative of uric acid and xanthine. A cup of coffee contains 2-115 mg of this substance, while the lethal dose is 10-12 g. The average consumption of caffeine in Europe is 280-490 mg per day. Most of it is consumed in Scandinavian countries, it results from a large consumption of coffee.

Caffeine sources
Caffeine occurs, among others in

Caffeine – acting on the body
Caffeine is characterized by rapid absorption from the gastrointestinal tract, the maximum concentration in the blood reaches after 30-120 minutes from consumption depending on the individual conditions of the body and the presence of gastrointestinal content in the stomach. Caffeine does not accumulate in the body, it is metabolized in the liver to theophylline and theobromine.
The effect of caffeine intake is the blocking of adenosine receptors, which is manifested by increased secretion of adrenaline, dopamine and serotonin catecholamines. As a result of these processes, caffeine stimulates the central nervous system. By accelerating metabolism, the body’s oxygen needs are increased.

Caffeine also affects the reduction of smooth muscle tone in blood vessels. In addition, it stimulates the secretion of gastric juice. Caffeine is a natural stimulant that increases the efficiency of thinking, reduces fatigue both psychological and physical. It also stimulates the excretion of fluids and shows a weak diuretic effect. 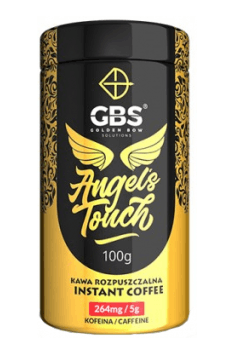 Caffeine blocks A1 and A2 adenosine receptors, which leads to a decrease in adenylate cyclase activity and a decrease in the concentration of cyclic 3’5′-adenosine monophosphate (cAMP) in cells. It also stimulates the production of neurotransmitters serotonin, GABA, adrenaline and noradrenaline, which affects the activity of the brain, stimulates, improves mental processes and increases concentration.

Consumption of caffeine at a dose of> 250 mg per day increases the systolic and diastolic blood pressure by 5-15 mm Hg. Although consumption of this substance leads to vasoconstriction and increase in peripheral resistance, it does not affect the development of hypertension. In people addicted to high doses of caffeine, there was no effect of caffeine on the increase in blood pressure despite the activation of the sympathetic nervous system.

Moderate consumption of caffeine does not increase the risk of developing cardiovascular disease. It was also not related to the frequency of occurrence of infarctions or arrhythmia.

Addiction to caffeine
Due to the effects on the central nervous system and stimulation of dopamine receptors, frequent consumption of high doses of caffeine leads to addiction. As in the case of a cigarette or alcohol addiction, it is necessary for the proper provision of an ingredient activating pleasure centers in the brain to function properly. The Albanian Psychiatric Association includes caffeine for psychoactive compounds. However, it is not considered a typical addictive substance. According to the WHO Classification of Conditions and Disorders of Health, symptoms caused by the intake of large amounts of caffeine are included in the group of mental disorders and behavioral disorders caused by stimulants. 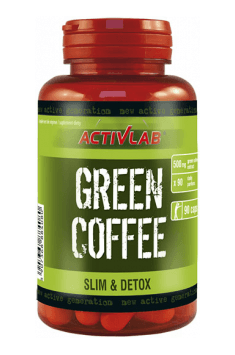 Excess caffeine can be harmful to your health. It can lead to excessive psychomotor agitation, tachycardia and increased diuresis. Adoption of a single dose of> 750 mg causes increased thirst, tinnitus, vision disturbance, sleep problems, i.e. difficulty in falling asleep, shortness of sleep and a decrease in its quality, as well as supraventricular tachycardia or ventricular tachycardia. Caffeine can affect the development of gastric and duodenal ulcer. It is not recommended for people who for various reasons must use an easily digestible diet.

During pregnancy, the consumption of coffee and other products containing caffeine should be reduced. High doses of this substance have teratogenic effects, cause intrauterine fetal growth inhibition and disorder of skeletal mineralization.

Caffeine – a safe dose
The dose, which does not adversely affect the human body, is up to 400 mg per day, or a maximum of 2-3 cups of coffee during the day. Each organism has a different metabolism, so one should also take into account individual predispositions. Intake of more than 500-600 mg of caffeine per day may cause side effects.

Prolonged intake of caffeine causes disorders associated with the kidneys, muscles and digestive system. Consumption of a very high dose (> 7 g) of caffeine can even cause death, but these are very rare cases. Caffeine consumed sporadically in small amounts does not harm health. However, it should be remembered that the excess of this substance is addictive and can have negative consequences for the body.