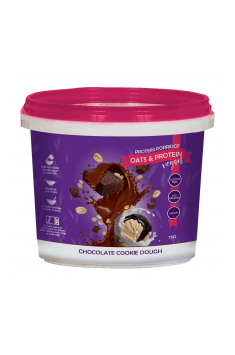 There should not be toast or croissants on the plate – not to mention the student’s set, i.e. coffee and cigarette. But what about healthy choices like porridge or eggs? The first one has been a breakfast hit for years and the eggs have been coming back to favors for some time. Recently, protein + fats have become very fashionable in which eggs are a popular product. Which choice is better?

Porridge was and still is officially recommended as one of the best breakfast meals that you can eat in the morning. They are rich in carbohydrates that help us wake up in the morning. At the same time, their glycemic index is 55, which in combination with high fiber content will guarantee a stable increase in blood sugar levels.

The fiber contained in oatmeal consists of a mixture of soluble and insoluble fiber, thanks to which it will have a positive effect on intestinal peristalsis and support the proliferation of intestinal microflora. Fiber is also known for its cholesterol-lowering properties in the body.

Oatmeal is also rich in many microelements, including magnesium, zinc, manganese, selenium, and iron.

Depending on the company in which you turn, you can hear very different opinions about the eggs – but the truth is that they are healthy, and very much!

Those who lead an active lifestyle, trying to shape the figure, were particularly fond of eggs because of their high protein content with a great aminogram. However, this is only the icing on the cake.

A real health mine is found in yolks that provide micronutrients such as potassium, sodium, zinc, as well as valuable iron and selenium. Although they are little known from this, eggs also have very strong antioxidant properties, which owe their content to such elements as ovotransferrin, lysosomes, positive and carotenoids.

Eggs also have a great fat composition, including even valuable omega-3.

Their bad reputation is related to cholesterol, however, in fact, the consumption of eggs has virtually no effect on the level of cholesterol in the bloodstream. This is because our body controls the metabolism of this ingredient very closely. When cholesterol consumption increases, its internal production in the liver and absorption are limited in the gut, which leads to a neutral result globally. This intake of trans fatty acids, saturated fatty acids, and processed carbohydrates lead to a deterioration of the lipid profile. 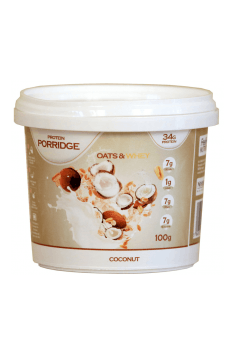 There is probably no better way to give a verdict than to conduct an experiment in which half of the people will eat eggs for breakfast and the other half will eat porridge and then examine all participants. Exactly this study was published in 2015. Its main author, Dr. Martha Ballesteros, ordered one group to eat one egg for breakfast, while the other was to consume 40 g of oatmeal.

After 5 weeks of such dietary intervention between groups, there were no differences in the level of total cholesterol or its HDL and LDL fractions. Despite the measurement of many indicators, the only difference was in the level of markers of inflammatory conditions such as interleukin-6 and tumor necrosis factor (TNFalpha).

Eggs were anti-inflammatory compared to porridge!

Of course, this is a single study and should be taken into account in the broader situational context. The fact is that although eggs can have a slight advantage, both products are very healthy and you absolutely should not get rid of oatmeal from the menu.

The individual reaction of the body is also very important. Some people feel very good, eating porridge in the morning and getting rid of it in favor of eggs may result in a worse mood and breakdown of diet.

On the other hand, some people, when eating carbohydrates in the morning, experience a sudden jump of insulin leading to a hypoglycemic state about 2 hours after eating breakfast, which leads to the attack of wolf hunger.